JavaScript is emerging the way mobile apps and web being built, as it is one of the most dominant technologies of the modern world. This technology influences the cross-platform ionic platform and it has been used to build some of the most powerful web apps.

Angular is by far one of the finest front end frameworks for development of web application and dynamic web pages. Angular has a long history of version updates. Angular comes with its versatile and elegant set of resources which come in handy both for development of high-loaded web apps and simple websites.

The most popular client-side technology is Angular and React. The community of developers using Angular are always waiting for all the periodic updates that Angular comes up with. Recently, Angular come with its latest version which consists of a much talked about renderer – Ivy. With the final release of Angular 8.0, here’s a roundup of the major features, benefits and applications of Angular.

Built-in data streaming, type safety, and a CLI are hallmarks of what makes Angular such a great framework. Angular helps the largest technology companies manage their enterprise applications, with commitment from Google, now is a better time than ever to hire Angular Developers. 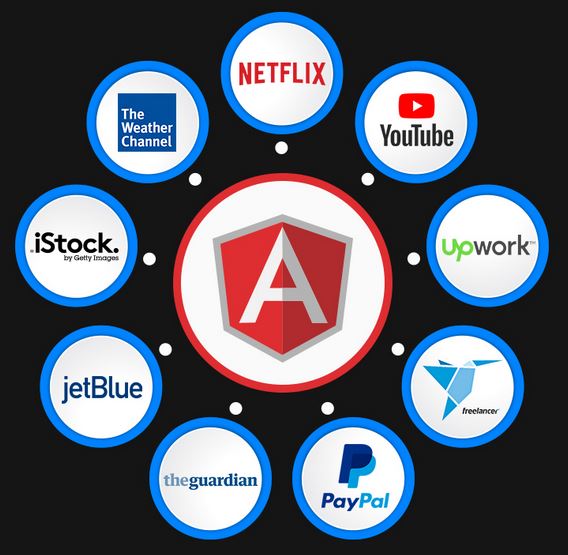 Moreover, we see, Angular in the future of enterprise-scale web applications.

Scalable, flexible, dynamic, and secure, are some of the key features at successful web app or website should fulfil. All these features and more can easily be attained with Angular Development. Not just we, even our Clients’ had a similar experience throughout the development process. We always aim to deliver exceptional and top notch web solutions to our Clients that satisfies their needs and expectations. And thanks to Angular, this doesn’t seem to be an impossible task.

At Latitude Technolabs Private Limited, we create high quality interactive websites and web apps by harnessing the power of Angular, in an incredibly short span of development time. Whether you are looking to migrate apps from AngularJS to Angular or web app to make it more dynamic or integrate Angular into your existing website or you are looking to create a finest app from scratch, we are the expert Angular development team for you.