We build Enterprise Mobile Apps that assist you in digitally transforming your business. Also, it will empower your employees, and reach out to your customers across all channels. 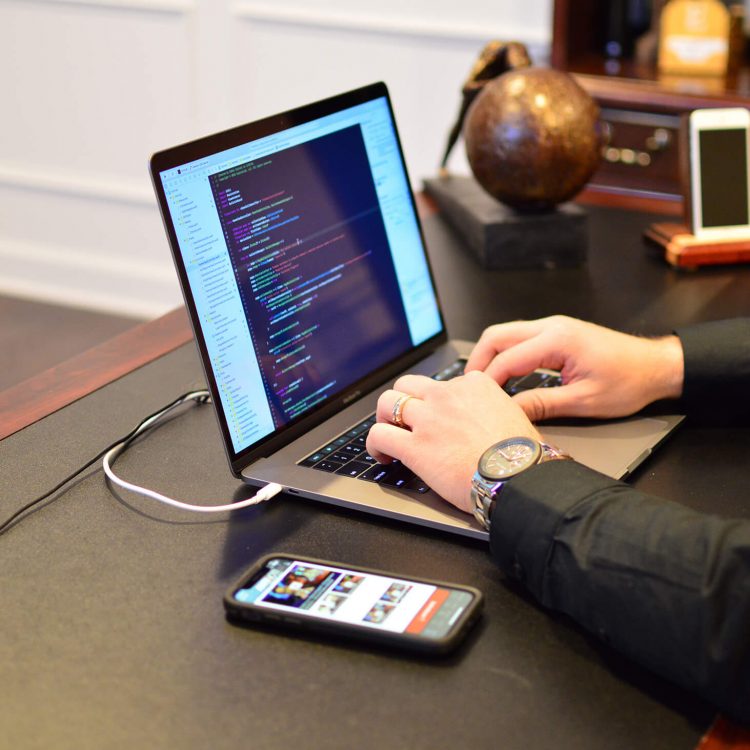 As a leading Mobile App Development Company in India, we strive to create high-quality iPhone, iPad, Android, and Wearables applications.

As the most common mobile operating system, Android app development has its challenges. The main issue is to provide the best user experience on various platforms. Also, our specialists will collaborate with you to develop an app framework. It provides the quickest path to the App Store with smooth integration with different applications and APIs.

Utilizing our vast experience, we'll adhere to best practices and ensure complete compliance with iOS guidelines. Moreover, it ensures that your users receive the quality they expect from Apple. Our experts create rapid and professional apps for mobile, smart-watches, and other devices. We use Swift, Xcode, iPhone SDK, and cloud computing.

Develop once. Deploy anywhere you want. Are you trying to reach out to more than one platform? Hope to widen your audience? Running on a tight deadline? Our experts build a single code base for all devices, saving you time and resources while also improving the accessibility of your software for mobile, tablet, and web users. It will convey the mileage for your profession. 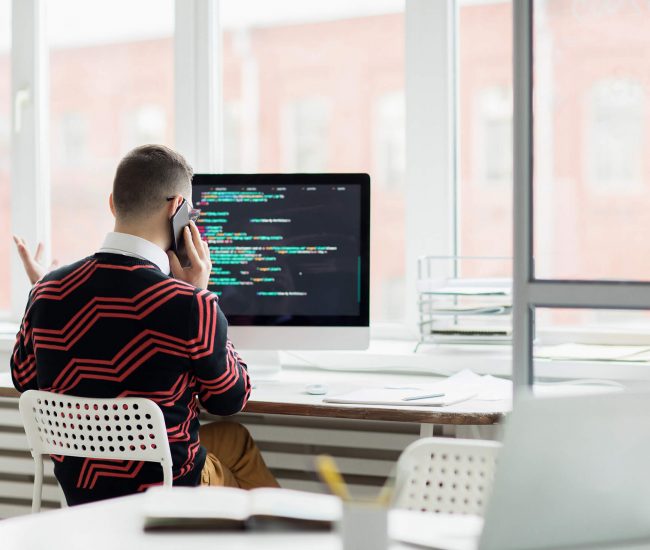 Latitude makes it offers a wide range of mobile app development services and solutions to deliver engaging, and scalable apps.

We develop stylish and unique iPhone and iPad applications that your customers adore. Apple is continuously enhancing the resources available to iOS app developers, and we stay updated with the latest technologies. Furthermore, we help you stay ahead of the competition. Our vast Swift language experience ensures that the app keeps up with all the techniques. It includes near-field connectivity, virtual reality, and it integrates seamlessly with the Apple Watch and Apple Pay.

Using our extensive knowledge of the Kotlin programming language, we develop stylish and dynamic Android apps. Also, it will provide your customers with the high-end experience they expect. Google’s innovations and software are rapidly expanding, allowing Android developers to make ever-more cutting-edge apps. We take pride in ensuring that the Android app is cutting-edge and seamlessly integrates with Android Pay and the Android Watch.

If you want an app that your customers can use on any operating system, we create versatile cross-platform apps. Furthermore, it runs on both Apple and Google platforms. Our team uses their native iOS and Android development knowledge to build products that look and feel amazing on any device.

Flutter is a cross-platform app development framework that fits well on both native iOS and Android apps. This programming language is considered one of the most acceptable ones. Make the user interface developments across all mobile devices easy.

As a leading Web app development company in India, we keep a close eye on the newest technologies to design, build and deploy forward-thinking apps. Therefore, it adds value to your business and set it apart from the competition. We create custom mobile solutions using blockchain, AI, AR, VR, IoT, and other cutting-edge technologies. In conclusion, it helps your company interact with its target audience.

We have a team of professional mobile app developers. Our highly proficient and experienced developers build both native and cross-platform mobile apps. In addition to the advanced feature integration as per the industry standards.

Our cost-effective and economic development programmers are affordable for all without sacrificing efficiency.

We transform the idea into a working model in the form of a smartphone app. All you have to do is share your proposal, and the rest is up to us. Also, we take care of everything from planning, architecture, production, implementation, testing, start-up to services.

Our adaptive and multi-use models keep our services ranking higher among the competitors.

We provide aesthetically engaging apps and assist you with app maintenance and support. Furthermore, our support is always available for you.

Most of our writings make it centred on implementing strategies for business units. Additionally, with their unique customers, competitors, technologies, and workforces.

What is the role of mobile apps in business ROI?

Many of the cost savings and organizational improvements that have made it possible for companies to refine operations and increase ROI have been fuelled by technology. Mobile applications will provide even more for any enterprise. Mobile applications need the least amount of money in terms of growth and maintenance. Also, it delivers greater returns and an incremental rise in earnings in a short time.

What is the difference between a Native app and a Hybrid App Development?

When it comes to the security of your mobile app, there is no room for error. Furthermore, we have experienced developers carrying industrial experience, and they know how to provide multi-layered exciting security functionality to your app. Therefore, your data and company stay protected from any possible breach or threat.

I just have an Idea, can you help?

If your idea necessitates the development of an app or a website, we will guide you through the process. Also, we have completed many exciting projects for our clients; just give us your specifications for a free consultation. In addition, since our experience includes many innovative technologies, we provide a variety of specialized mobile development services. It is especially for clients who want to experiment with new technologies.